Pixar's Toy Story was the first fully computer-animated feature film, which started a revolution.
Over 19 years, Hollywood studios have made about 70 or more, and only a handful of those studio-produced films have made less than $100 million at the box office which is incredible.
Source: npr.org


ENJOY HIGH RETURNS ON YOUR CAPITAL


Investors are now starting to realise that investing in the latest animation films could be the best investment decision of their lives.
Without doubt, they generate fantastic rewards as the demand for animated Films has never been higher.
While these types of films are generally made for children, their storylines - of romance, comedy and action - are also appreciated by teenagers and adults.
Animated films reach out to everyone, giving them an even greater impact to profit.

There are approximately 135 million babies born worldwide each year, and as they grow and mature into children,
so does their demand to be entertained, thereby a guaranteeing a new audience - year in, year out.

Around 26.3 percent of the global population is under the age of 15 - giving around 2 billion children
and teenagers - which could explain why animated films are doing so well and will continue to do so!

To understand the power of this, you only have to look at the early animated Films like Snow White and the Seven Dwarfs.
Produced in 1937, it cost $ 1.5 million to produce, but has go on to make $185 million.
It has produced 6,247% profit from the box office alone and those figures don’t include all the DVD sales or TV royalties. Snow White is still making money today.

A few examples of the cost to produce the film verses box office power are shown below.
GROSS PROFIT % Returns - ANIMATED Films
(Based on Cost of Production versus Box Office Revenues ONLY)

What is Merchandising really worth?

Spin offs from licensed retail merchandise is worth $95 billion a year.

To understand this look at the example below:

'Cars' grossed $462 million at the box office (2006) but made a further $8Billion USD in retail merchandise sales! 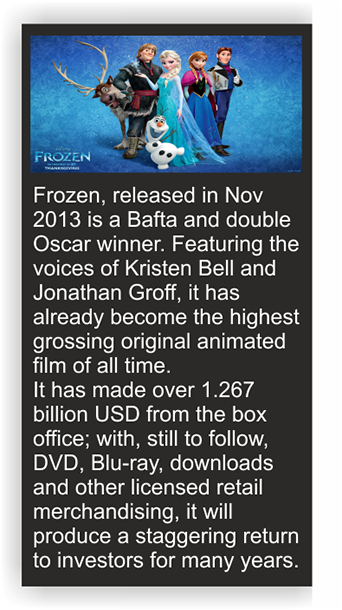 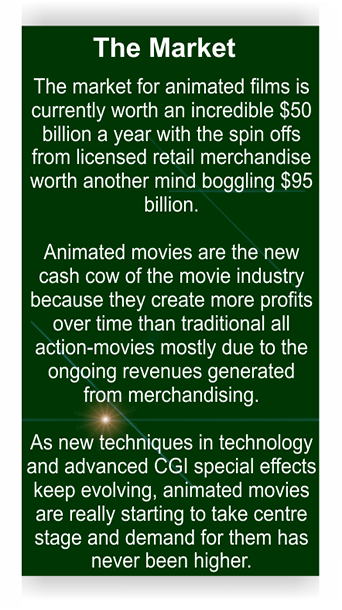 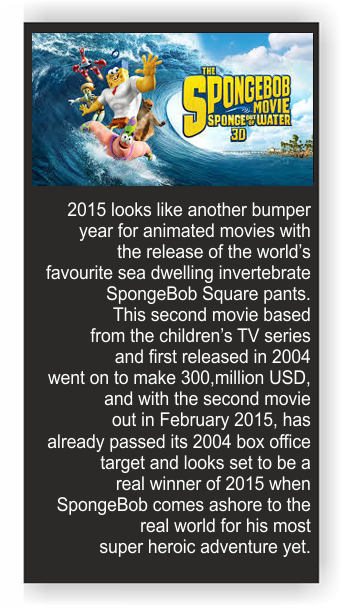 Investing in animated Films can return phenomenal profits for a life time.
The majority are classed as "evergreen" which means they will always be kept in Film libraries around the world producing constant and continual profits and watched by generation after generation of children and Film-goers alike.

Please register with Mint Media Capital. We will give you a call and be happy to answer any questions you may have.
If you are already subscribed and have decided to make an investment, please contact our Client Service Centre in the UK on